Should we be worried about Ash dieback?

Our trees are one of our most precious resources that we have in this country. The effects on the environment have not helped them and we are seeing them coming under increasing pressure. As with Dutch Elm disease in the 1970’s, our Ash trees now face a massive threat to their existence;  Ash dieback. This is a real issue that we need to deal with. 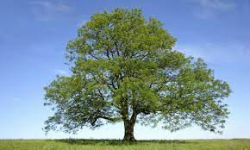 Trees give us life. They reduce carbon dioxide by taking it from the air and producing oxygen. In an urban setting they help to reduce temperatures by literally absorbing heat. They also provide habitats for wildlife and are aesthetically pleasing.  Their care and attention is covered by people like a Tree Surgeon Poole such as https://kieranboylandtreeservices.com/.

Ash dieback is a fungus that has come to us from Asia. Interestingly, it doesn’t affect Chinese Ash as they have adapted to the disease. Sadly it has ripped throughout the Ash population in the South East and is showing signs elsewhere in the UK. The spores fly on the wind and can travel many miles. The loss of our Ash trees means that we are going to be taking a fifteen billion pound hit to our economy and the damage to the country’s ecosystem will be widespread. It’s hoped that some Ash species will gain some tolerance to the fungus but it’s still early days.