What soft furnishings would you use to deck out a Moonbase? 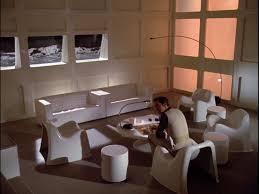 On Moonbase Alpha things could get pretty weird and interesting. This isn’t much of a surprise when you consider that the Moon itself was blasted off into Outer space by a shed load of dodgy Nuclear waste buried underneath it. As the inhabitants of the Moon base were going to be stuck on it for the foreseeable future with no hope of rescue you’d hope that they would at least have had a nice set of soft furnishings like sofas, beds and Reception Chairs to keep them comfy. 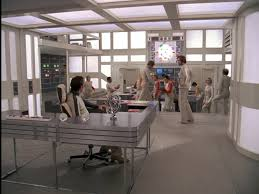 Sadly, as the show was made in the mid 1970’s this was not the case and it seems that in the year 1999 we would all be lounging around on plastic chairs, barrels and sofas with minimal cushions. All the lighting was placed behind plastic as well. This sort of suggested that if the base came under attack, which it did, frequently, it wouldn’t be able to stand up too much.

They did have some kind of hard head boarded beds but it’s clear that the base was only supposed to be a short stay affair. The only person who seemed to have a decent chair was Commander Koenig and he wasn’t sharing it, not even with his love interest Dr Russell or his best mate and science officer Victor.